WASHINGTON D.C., March 24, 2020 – As governments around the world work to contain and manage the COVID-19 pandemic amid mounting death tolls and depleted testing and protective equipment, more than 100,000 political prisoners in Syria are at risk of contracting and spreading the virus. The Syrian American Council calls on the U.S. government, international community, and United Nations to demand all detainees are released, in accordance with section 12 of U.N. Resolution 2254. 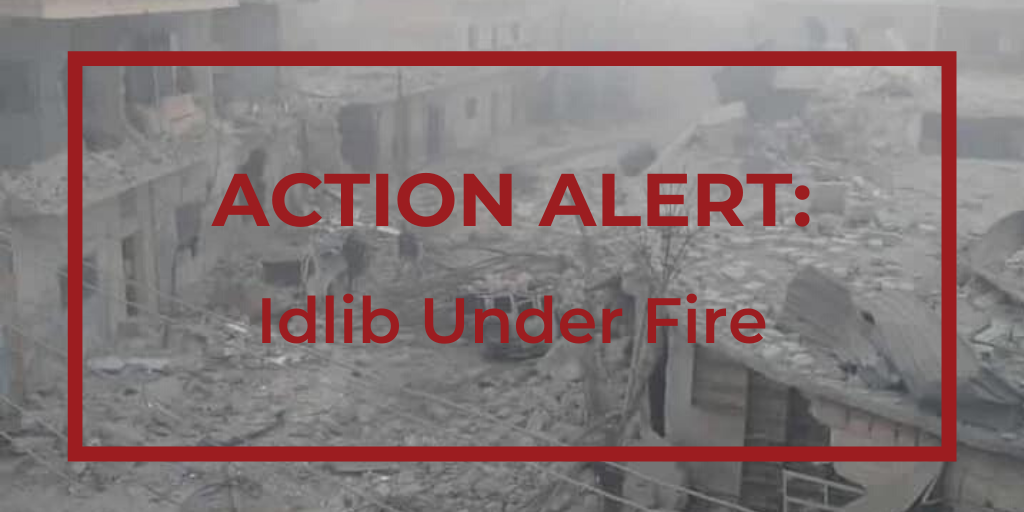 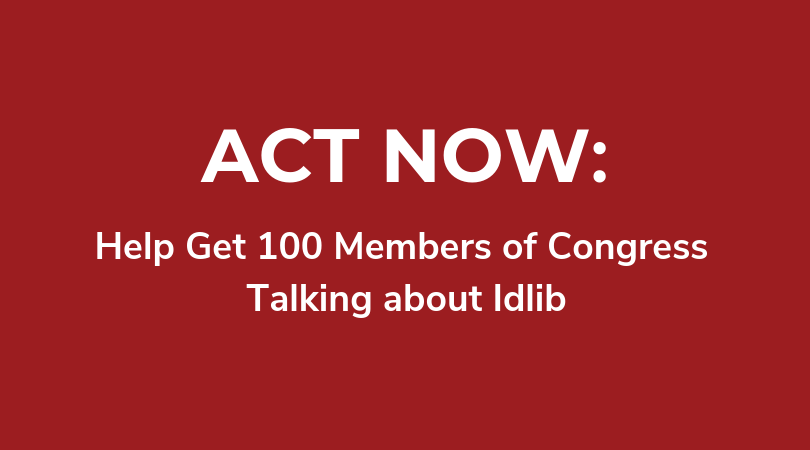 Since mid-April, more than 1,000 civilians have been killed and several hundred thousand displaced due to ongoing, escalated attacks by Russia and the Assad regime. Continued attacks would create the worst humanitarian disaster of the Syrian conflict.

We need at least 100 members of Congress on the Hill, talking about Idlib. Can you get yours to lend their voices?

Contact your members of Congress today and ask that they speak out immediately and firmly to demand the U.S. take assertive action to end the slaughter in Idlib.

Posted on Press Releases by Michelle Taylor · July 24, 2019 2:04 PM
The Syrian American Council joined in a letter from 46 human rights, immigration, advocacy, and humanitarian organizations in calling for the extension and re-designation of Temporary Protected Status (TPS) for Syria.
Nearly 7,000 Syrians currently live in the United States under TPS. With TPS for Syria set to expire on September 30, 7,000 lives face an uncertain future. We cannot let this happen. The Syrian American Council stands with this coalition of organizations, our community, and Syrian TPS holders in urging the U.S. government to extend and re-designate TPS for Syria.

Ruling in favor of Marie Colvin’s family may inspire additional U.S. cases against the Assad regime

WASHINGTON D.C., February 1, 2019 – The Syrian American Council applauds Thursday’s decision by the Washington, D.C. District Court to enter a judgement against the Syrian government for the extrajudicial killing of American journalist Marie Colvin. This decision, filed under the Foreign Sovereign Immunities Act targeting state sponsors of terrorism, will require the regime to pay over $300 million in damages. It marks the first instance in which a U.S. domestic court has held the Assad regime responsible for its war crimes.

“The ruling is a victory for those demanding accountability, not simply for the Assad regime’s crimes against humanity, but in so many cases, crimes against family members and loved ones,” said Suzanne Meriden, executive director of the Syrian American Council. “We hope that this judgement will inspire additional victims of Assad's crimes to speak out.”

Colvin was deliberately assassinated by regime troops in February 2012 while covering the Assad regime's brutal siege on the Baba Amr neighborhood of Homs – a dark turning point in which the regime used artillery on populated areas for the first time.

The Syrian American Council salutes the Colvin family for pressing through a personal tragedy to seek justice and is grateful for the efforts of their legal team to bring the case to completion. We invite all Syrian-Americans directly victimized by the regime to reach out so that we can help them forward their cases to the appropriate parties.

WASHINGTON D.C., January 23, 2019 – The Syrian American Council applauds the passage of the H.R. 31, the Caesar Syria Civilian Protection Act, on Tuesday by the House of Representatives, and supports the calls made by House Foreign Affairs Chairman Rep. Eliot Engel (D-NY) and ranking member Rep. Michael McCaul (R-Texas) for the Senate to now pass the bill.

The legislation, which would hold Syrian President Bashar al-Assad accountable for his war crimes while limiting his ability to access funds from allies Russia and Iran, has been in the works for nearly three years with deep bipartisan support. Having passed this latest hurdle, the bill is expected to be considered by the Senate after the end of the partial U.S. government shutdown.

“After three years of advocating for this legislation, we are cautiously optimistic to see the Caesar bill taken up as one of the first measures by the new Congress,” said Suzanne Meriden, executive director of the Syrian American Council. “We are especially grateful to Congressmen Engel and McCaul for their leadership in passing this unique and important bipartisan legislation. The Syrian American Council and greater Syrian-American community will continue to work to ensure Caesar passes the Senate as well.”

The passage of H.R. 31 comes on the heels of the European Union imposing sanctions on 11 individuals and five companies for providing financial and other military assistance to the Assad regime.

“We are seeing a theme this week of sanctions imposed on the Assad regime and its allies and supporters, demonstrating that the international community is still largely unwilling to accept Assad as part of any legitimate solution in Syria,” added Meriden.

WASHINGTON D.C., December 19, 2018 – The Syrian American Council urges President Trump to reconsider his decision to rapidly withdraw troops from Syria. A withdrawal of this type and at this time would constitute a victory for Iran, ISIS, and the Assad regime and its Russian ally.

Experts have iterated repeatedly that a vacuum in northern Syria leaves room for terrorist, extremist, and authoritarian influence, and that ISIS has not been defeated. ISIS’s influence extends beyond territorial control and includes a wide network of sleeper cells that have shown signs of expansion in recent months. A rapid withdrawal may also push the Syrian Democratic Forces (SDF), the main U.S. partner in Syria, to ally with the Assad regime and Iran, contributing to greater Iranian influence and detrimental effects in the region.

President Trump has previously denounced his predecessor for an overly hands-off approach to the Syrian war and for his precipitous withdrawal from Iraq, both of which helped contribute to the rise of ISIS and supercharged Iranian regional influence. We urge the President not to repeat the same mistake. 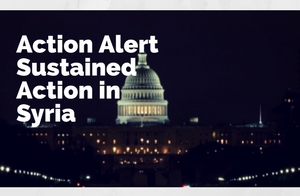