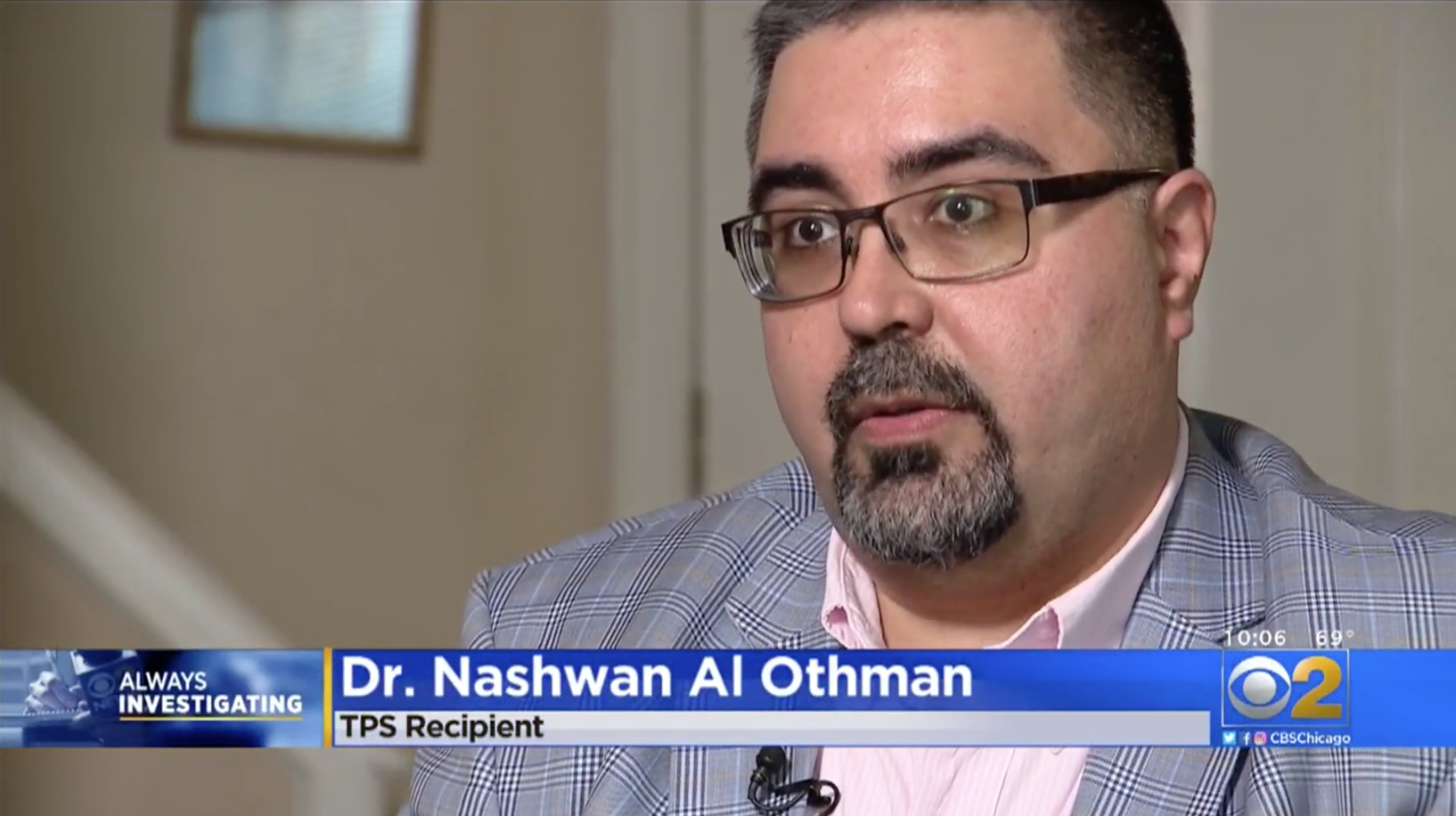 Dr. Nashwan Al Othman is an endocrinologist living in Chicago on TPS. His story was featured on CBS Chicago last Wednesday evening, just before the August 1 decisions deadline. The story gained a good deal of traction (including from S.E. Cupp, who shared it via Twitter), most notably from Dr. Al Othman’s community and elected officials.

After the story ran, Dr. Al Othman expressed his gratitude for the outpouring of support from people in his district, as well as his representative. Early Thursday morning, Rep. Brad Schneider (D-Ill.) cited CBS 2’s story, saying he knows Dr. Al Othman as a friend, and called for the renewal of TPS for Syrians. Dr. Al Othman was told there was a heavy influx of calls to Rep. Schneider’s offices in Illinois and Washington, D.C., in support of extending TPS following his interview, and a staff member even called him at home to ask what else Rep. Schneider’s office could do for him.

That same day, on August 1, the DHS extended TPS for Syrians for 18 months. We started what was an uphill battle, but thanks to the advocacy of Dr. Al Othman, the Syrian American Council, Syrian American organizations, and the greater community, we achieved what we set out to accomplish.

This is advocacy in action. This is what we can do when we come together as a community.

Please consider donating to the Syrian American Council today, so that we can continue to advocate for Syria, civilians in Syria, and Syrians in the United States. 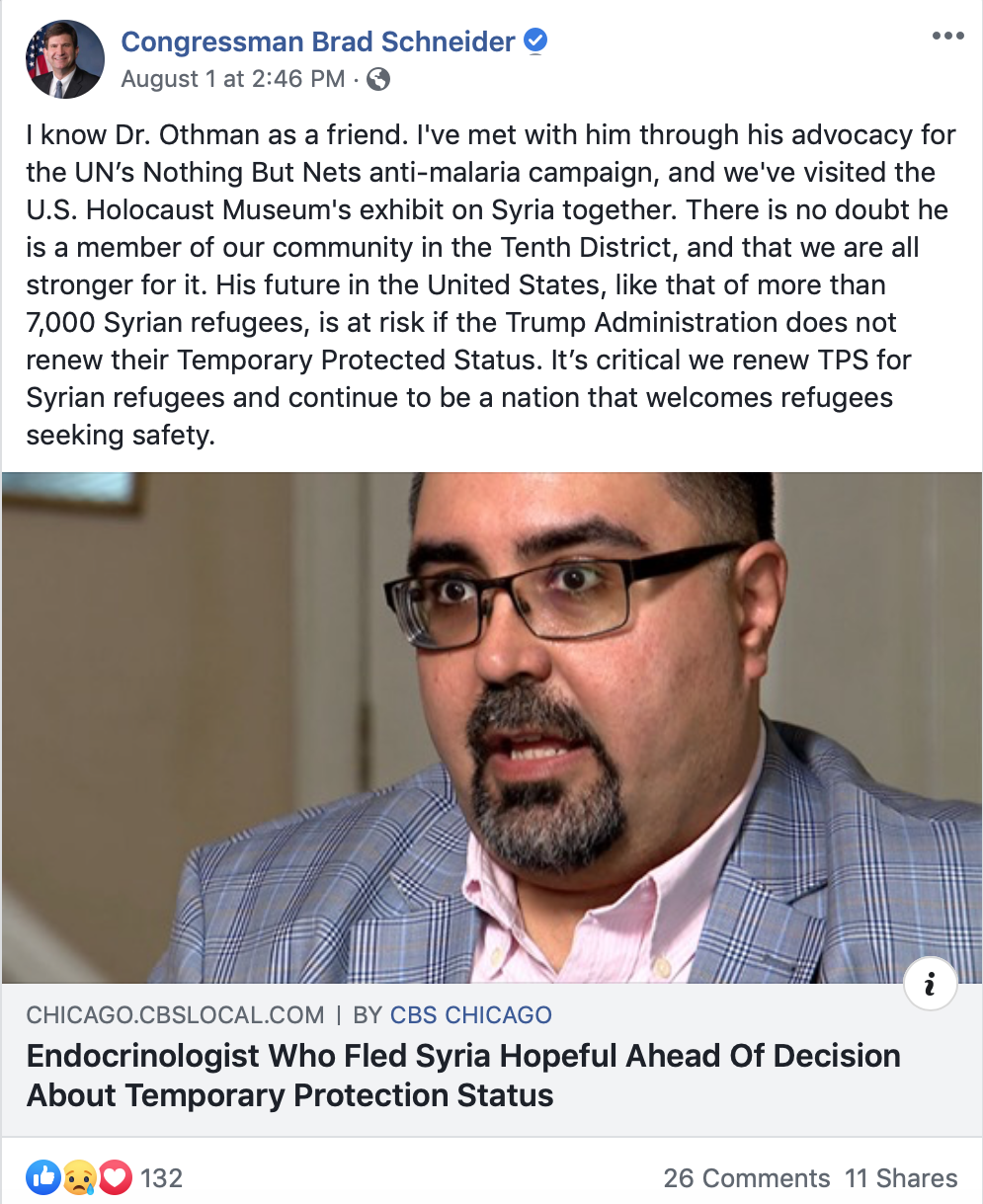