The Syrian American Council demands concrete and meaningful action from the Trump Administration after the shocking revelation that the Assad regime built a crematorium outside the notorious Saydnaya Prison. As explained by Acting Assistant Secretary of State for the Near Eastern Affairs Bureau, this crematorium helps the regime conceal evidence of at least 50 extrajudicial killings a day.

SAC commends the Trump Administration for declassifying images of the crematorium and fully agrees with Nikki R. Haley, the American ambassador to the United Nations, that “The attempt to cover up mass murders in the Assad crematorium is reminiscent of the 20th century’s worst offenses against humanity.” However, we are both concerned and frustrated that such intelligence was not declassified years ago, given that the satellite photographic evidence dates back to 2013.

SAC reiterates that expressions of outrage over the Assad regime’s atrocities have become commonplace in the international arena. Concrete and meaningful action is needed by the United States in particular to put an end to such atrocities. We hope that today’s chilling revelation by the State Department will be the first step toward a more robust U.S. policy to protect civilians. 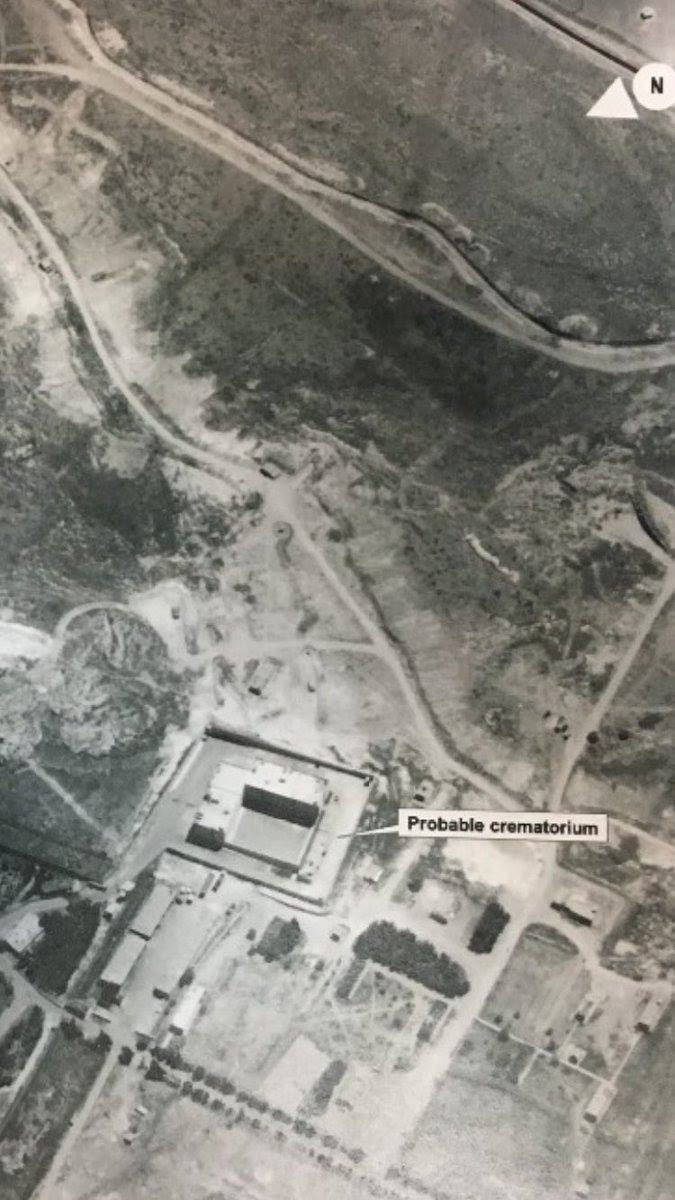 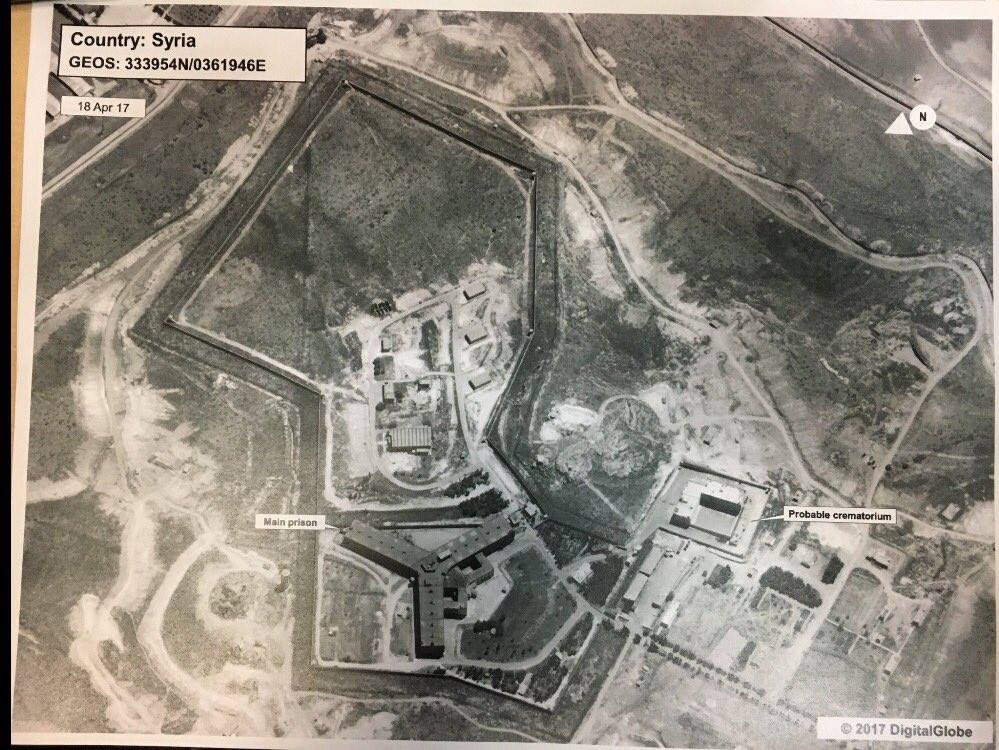 Satellite photos released by State Department of what is believed to be a crematorium in one of Assad's most notorious prisons: Saydnaya. (Photos via Sophie McNeil).