Last Week the Syrian American Council (SAC) and the Turkish Heritage Organization (THO) hosted on the Hill a congressional staffer briefing on US Foreign Policy in Syria: Regional Security and Strategic Challenges. SAC’s Policy and Advocacy Officer, Shlomo Bolts, served on the panel, along with Col. Brian Cook, Director of Theater Strategy at the Department of Strategy, Planning and Operations at the US Army War College, and Michael M. Gunther, THO Advisory Board Member and Professor of Political Science at the Tennessee Technological University. 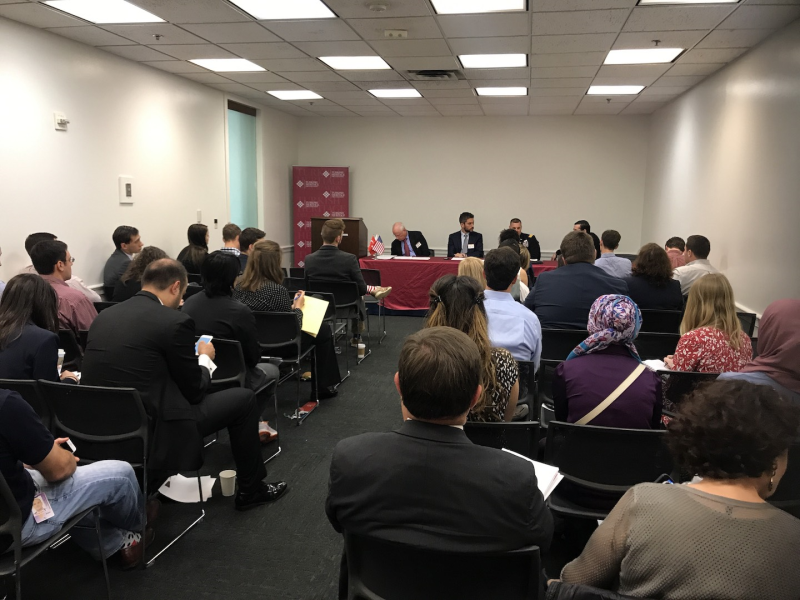 Speaking on the panel, Shlomo explained why the PYD/SDF is an imperfect force to take Raqqah and why the U.S. should partner with additional actors to eradicate ISIS. He highlighted the danger of expanding Iranian influence in Syria and identified numerous Free Syrian Army groups across Syria who are still worthy of U.S. support.

Bolts also added, “To understand how Syria became what it is today, you need to talk about Assad. Assad fueled sectarian and ethnic tensions in Syria to stay in power and supported ISIS for years as Al-Qaeda in Iraq and then impeded the rebels from fighting ISIS in 2014. The PYD/SDF has allowed Assad and the Iranian Revolutionary Guards to set up offices in its areas and this begs the question whether the PYD/SDF can arrest expanding Iranian influence.” 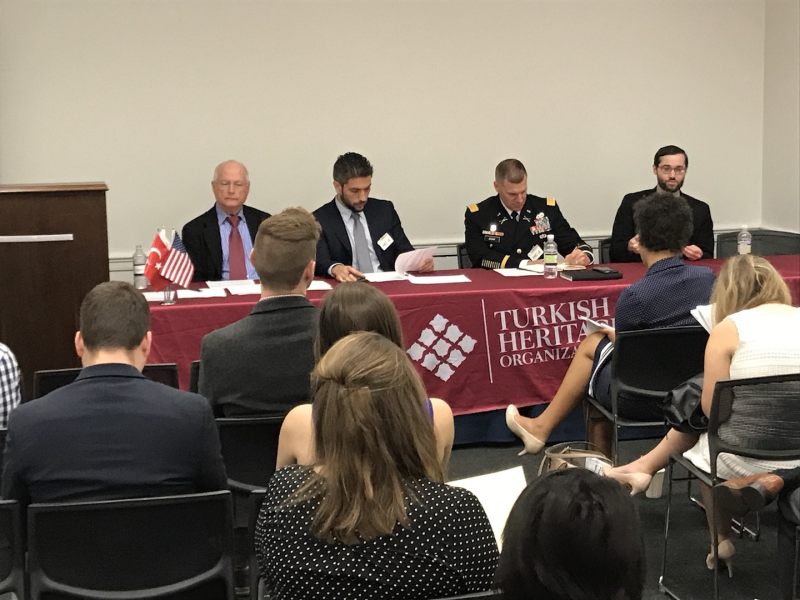 Col. Brian Cook believes the U.S. should continue to arm the SDF while continuing to monitor the end uses of the weapons. “Our relationship with the SDF is transactional in nature: to defeat ISIS by conquering its territory. The U.S. and Turkey are good allies and as such we know how to communicate and move forward even when one does something the other dislikes.”

Prof. Michael Gunther, contending that the PYD/SDF is simply a branch of the PKK, advocated a resumption of the Turkey-PKK dialogue: “If Turkey and the PKK reconcile, then the consolidation of Rojava becomes less of a problem for Turkey. The Kurdistan Regional Government in Iraq constitutes a positive model in this respect.”

The briefing was successful in terms of SAC and THO getting their perspective, with qualified resources, to the congressional offices to continue to support our work for a free Syria.

For questions or comments please email us at [email protected].