The Syrian American Council is leading a team to the border of Syria and Turkey to show solidarity with the thousands of Syrians who have been displaced by the Russian-led assault on Idlib.

WASHINGTON D.C., February 16, 2020 – The Syrian American Council, alongside Global Solidarity with Idlib (GSI), the Mulham Team, and Kids Paradise, is leading a mission to the Turkish and Syrian border. The trip included a visit by an international team of activists and journalists to internally displaced persons (IDPs) from northern Syria in Turkey.

“In keeping with the spirit of the hope and love behind Valentine’s day, we are here to show solidarity with the people of Syria, who have been forced to flee their homes under a brutal assault by Assad and Russia,” said Dylan Connor, Syrian American Council’s chair of missions. “On Valentine's Day, we visited with 150 orphaned children at an amusement park in Reyhanlı, Turkey and celebrated Valentine’s day with a festival of games, food, and fun for the children. Each child got a toy to take home.”

The mission continued with an aid delivery of blankets and tents to Syrians on both sides of the border and a visit to a field hospital on Saturday, and a press conference at the border on Sunday. 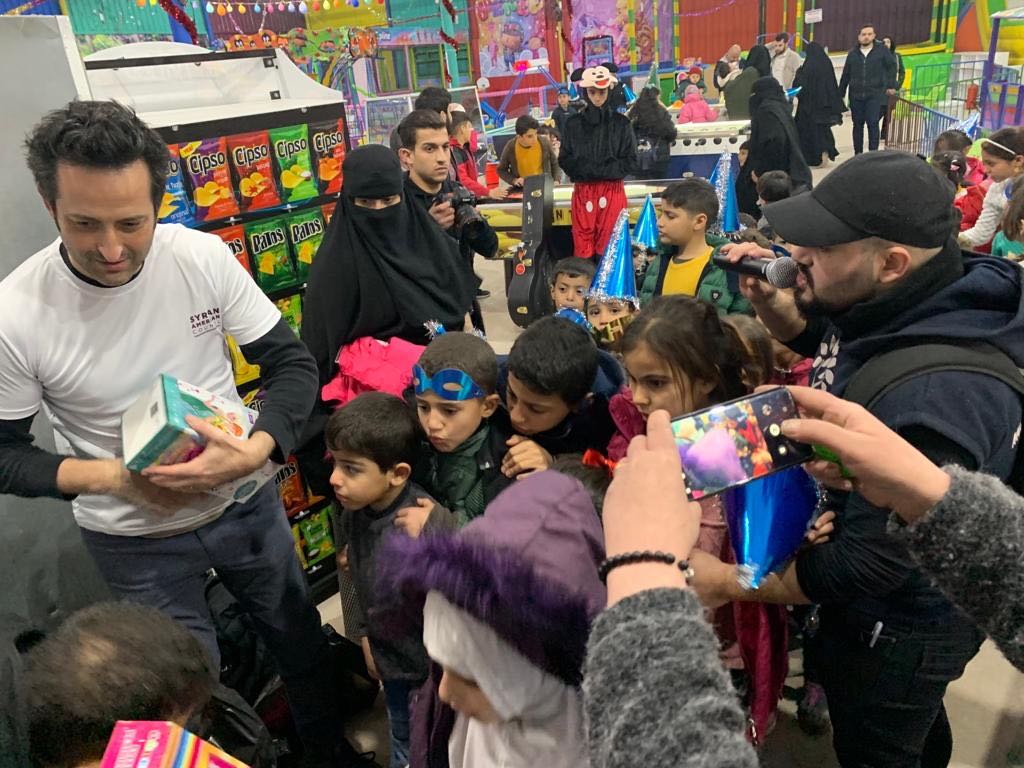 The urgent mission serves as an important reminder of the dire humanitarian needs for displaced Syrians in Syria and Turkey. The violation of the ceasefire in Idlib has left millions of lives in Idlib hanging in the balance. Civilians who have fled the advances of the regime are stranded along the border with Turkey, with inadequate shelter from the freezing winter conditions. More than half of the displaced in the last three months are children.

The Syrian American Council calls on the U.S. administration to work with Turkey toward restoring humanitarian access; protecting civilians in Idlib from Syrian, Iranian, and Russian forces; and a lasting ceasefire, in line with UNSCR 2254.