Commemorating the 6th Anniversary of the Syrian Revolution in Washington D.C.

Posted by Suzanne Meriden 962pt on 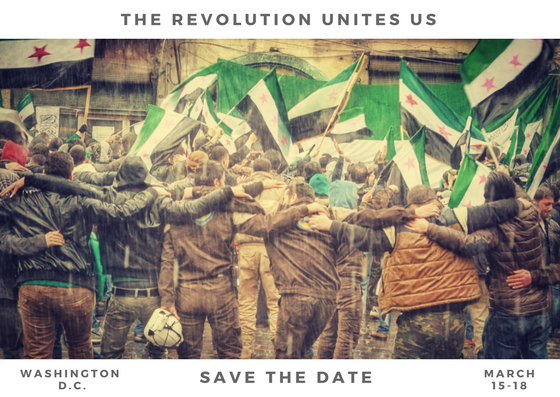 Join Syrians and friends of Syrians to commemorate the
sixth anniversary of the Syrian Revolution in Washington, D.C.
March 16-18, 2017

Inspired by the undying commitment of free Syrians who continue to peacefully take to the streets six years later, "The Revolution Unites Us" weekend brings you inventive advocacy and community organizing, change-making, solution-oriented conversations, and tributes to Syria's rich cultural heritage of music, art, and food.
Our website is now live at