The Syrian American Council, the oldest and largest Syrian American grassroots organization in the United States, had the privilege of hosting a community dinner with the General Coordinator of the High Negotiations Committee (HNC), Prime Minister  Riyad Hijab, and the President of the National Coalition of Syrian Opposition and Revolutionary Forces (SOC), Anas Al-Abdah, along with a joint delegation of the HNC and the SOC in New York City.

The Prime Minister stressed the very important role of the Syrian diaspora in advocating for a Free Syria in the United States and the vital role that Washington DC has to play in bringing a swift end to the Syrian conflict.  He reminded the audience that the U.S. Administration's inaction emboldened Russia and the Assad regime to deepen violence in Syria to unprecedented levels.

We deeply thank both Syrian leaders and their delegation for engaging the community and for speaking from the heart.  The audience appreciated the dialogue and were empowered by Dr. Hijab's loud and clear message that the revolution will prevail and that the regime will fall.  We hope that this meeting is the first of many in the United States between the official Syrian Opposition and the Syrian American community.
SAC was delighted to bring together over 60 Syrian American entrepreneurs, doctors, and activists from around the United States to engage directly with the two leaders. Discussions focused primarily on the HNC's political vision for Syria, which details a road map for a transition and what a future political system in Syria will look like.   Syrian Civil Society and NGO leaders, including  Raed Saleh of the White Helmets (Syrian Civil Defense), Marcel Shihwaro of Kish Malek and numerous others including representatives from the Raqqa Is Being Slaughtered Silently campaign also attended posing questions and delivering their own messages of hope and forward strategy.
The dinner was a great ensemble of people from different backgrounds, religions, and careers with one common goal of a free and democratic Syria. "The message from Dr. Hijab was uplifting and clear that the pursuit of a Syria without the Assad regime is well rooted and moving forward despite challenges", commented Mirna Barq, President of SAC. 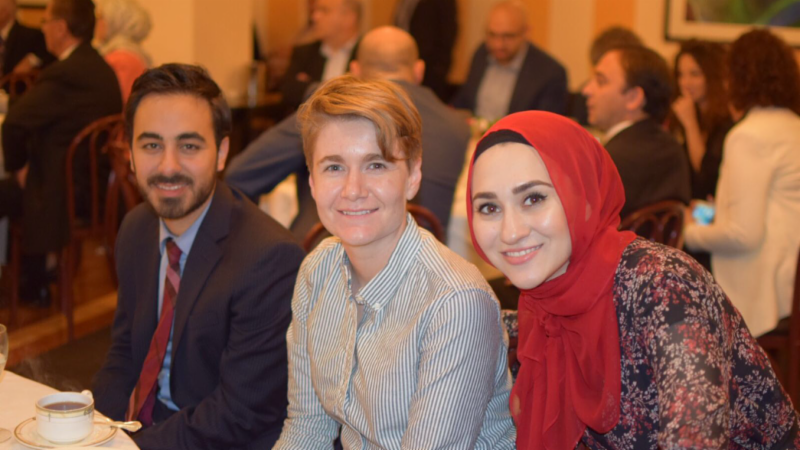 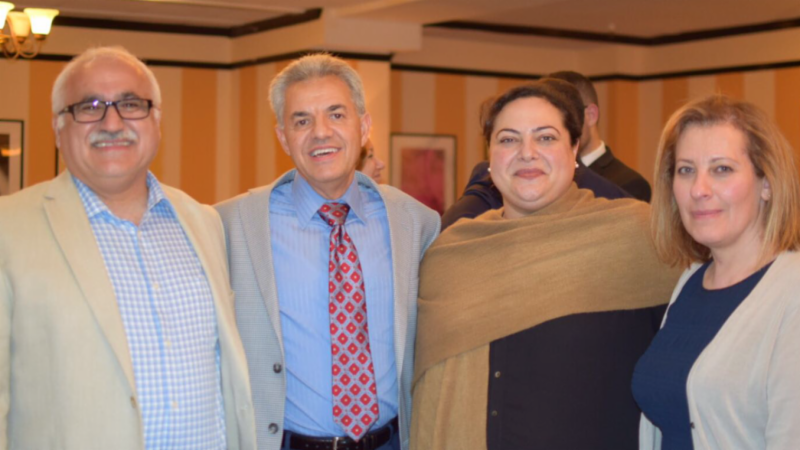