We began our tour on Saturday November 12th at Harvard University, then on to DePaul University in Chicago on November 18th.  We continued to Houston to cover the University of Houston and Rice University, and now on to Princeton University.  We hope to continue to universities like USC, UCLA, Berkley and Stanford in CA, as well as more schools on the East Coast like Columbia, NYU, and George Washington.

In these difficult times it is important that we band together and keep our support strong for those inside Syria. Take a moment to listen to OUR MESSAGE  including a message from inside Aleppo. Also, take a read below to learn how advocates and activists are coming together to keep the voices of Syrian Americans loud and clear.


IF WE SPEAK LOUD ENOUGH THEY WILL COME
Read more
Share 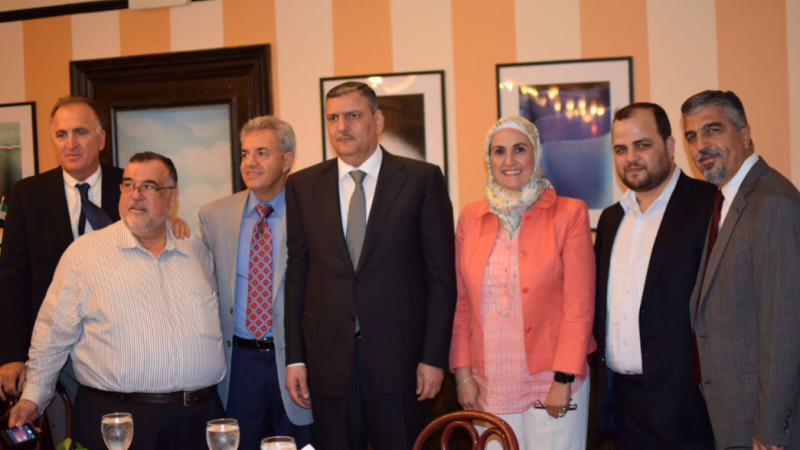 The Syrian American Council, the oldest and largest Syrian American grassroots organization in the United States, had the privilege of hosting a community dinner with the General Coordinator of the High Negotiations Committee (HNC), Prime Minister  Riyad Hijab, and the President of the National Coalition of Syrian Opposition and Revolutionary Forces (SOC), Anas Al-Abdah, along with a joint delegation of the HNC and the SOC in New York City.
Read more
Share 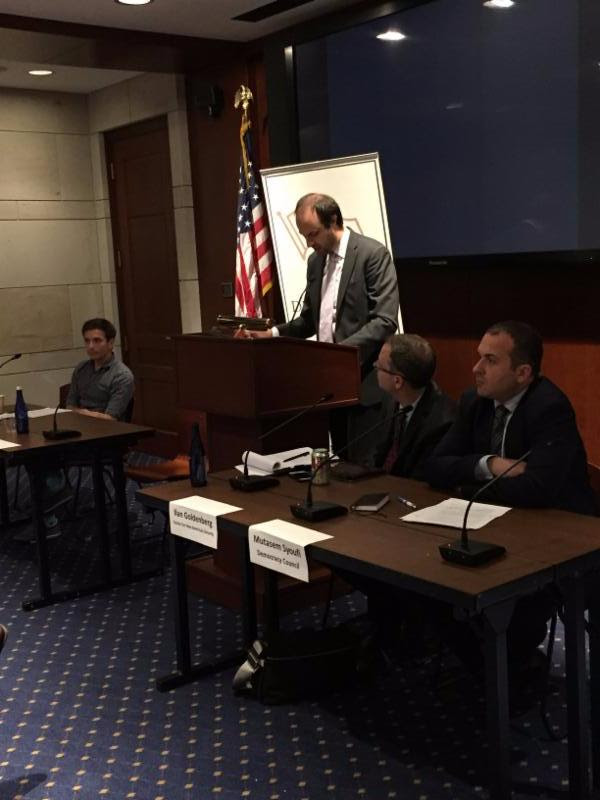 Posted by S Wishart · May 14, 2016 1:21 PM
The Syrian American Council strongly condemns Russia for its air strike on the ancient church of St. Simeon in the Aleppo countryside in yet another flagrant violation of the Cessation of Hostilities agreement. St. Simeon is the world's oldest Byzantine church, and was designated by UNESCO as a world heritage site in 2011.

SEE:
Christianity Today, Suspected Russian Air Strike Hits Ancient Church of St. Simeon May 14, 2016.
The Telegraph, Syrian monastery where St. Simeon sat on a pillar for four decades damaged by missile attack May 13, 2016.
While Putin pretends to defend Christians in Syria his actions prove the opposite. The air strike on the church is not surprising given that 63% of the churches targeted in Syria have been hit by the Assad regime and its allies, according to a report by the Syrian Network for Human Rights, even more than by terrorist groups such as ISIS and al-Qaeda. SAC strongly condemns all groups which target places of worship.
"Assad and Putin are destroying Syria's ancient churches, churches where I used to pray as a child and ones that have withstood for thousands of years" said Mirna Barq, President of the Syrian American Council. "What is more troubling is that the continuing lack of response by the Obama Administration will surely embolden Assad and Putin to continue destroying churches in their campaign against the Syrian people" she added.
Share

Washington, DC - The Coalition for a Democratic Syria (CDS) expresses its disgust and horror at the targeted killings of both civil defense workers and medical practitioners in regime air strikes around Aleppo. On Monday, regime air strikes targeted the headquarters of the heroic "White Helmets" who have received awards all over the world for their noble work pulling victims from rubble. The strike targeted the White Helmets' headquarters in Al-Atareb, killing five members of the civil defense team. On Wednesday, more air strikes hit throughout Aleppo, including on a Al Quds hospital where at least 60 people were killed, many of whom were doctors and children.

Prime Minister Hijab addressed the Syrian American community on Monday evening to brief them on his latest meeting with Secretary of State John Kerry and to share the Higher Negotiating Committee's approach toward the Geneva talks.

The Prime Minister thanked the community for their devoted support over the past 5 years of the Syrian Revolution and asked that they redouble their efforts to support the Revolution before the U.S. Government and Congress.

The Syrian American Council, America’s largest and oldest grassroots Syrian American organization, attended President Obama’s Summit on Countering Violent Extremism from February 18th to 20th at the White House. The summit aimed to highlight domestic and international efforts to prevent violent extremists and their supporters from radicalizing, recruiting, or inspiring individuals or groups in the United States and abroad to commit acts of violence and was attended by a large number of local officials and world leaders.

“We were honored by the invitation of the Obama Administration to this important summit,” said Mirna Barq, the President of the Syrian American Council. “The Syrian American community is deeply concerned by the growing reach of terrorist organizations in Syria, which pose a grave threat both to Syrians and to Americans. As we have noted for years, the Assad regime’s ongoing brutal campaign against its own population creates the conditions for terrorist groups like ISIS to prosper.”

SAC believes that this summit advanced an important dialogue on cooperation between the U.S., the democratic Syrian opposition, and the Syrian American community to combat this menace. As Bassam Barabandi, political adviser to SAC, elaborated: “We made clear to the Administration that the Assad regime, a state-sponsor of terrorism, could not be a partner in countering violent extremism.”

Secretary of State John Kerry noted in February 2014 that the Assad regime has only served as a magnet for terrorist organizations throughout the world to grow in Syria. A recent analysis by the respected intelligence firm IHS Jane’s concludes that the Assad regime has been “ignoring ISIS” by only targeting the group in 6% of its 2014 operations. Most regime attacks, like most ISIS attacks, were directed at bastions of more moderate Syrian rebels.

The Islamic State continues its draconian oppression of hundreds of thousands of Syrians living under its rule. In January 2014, seven months before American air strikes were launched against ISIS, Syrian civilians in opposition areas launched a protest movement and armed rebellion against ISIS in northern Syria. Since then, more than 7000 Syrian rebels have perished in the fight against ISIS. The largest massacre in Syria committed by ISIS to date remains its brutal slaughter of 700 members of the anti-Assad Al-Sha’itat tribe in August 2014, after a failed attempt by the Sha’itat to evict ISIS from territory near the Iraq-Syria border.